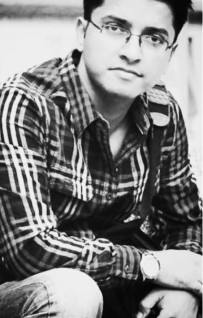 Priyaranjan Avinash is psychiatrist at Deva Institute in Varanasi (UP, India).
He’s a big expert in legal psychiatry, addiction, women mental health, relationship issues and health policies.
He offers specialized articles to India Medical Times.
Here his first article, about mental health in his motherland – India – for our magazine.

The times are  changing….The mental health treatment and care never received this kind of attention and curiosities, in India, from all quarters of the society. We are in a phase of transition. A new act is in making and if my resources are correct then we are most likely going to have a new act in 2016. The existing act The MHA, 1987 could not protect the rights of persons with mental illness and promote access to mental health care in the country. The growing concern that the MHA ,1987 needed to be amended gained urgency with the ratification of the United Nations Convention on the Rights of Persons with Disabilities

(UNCRPD) by the Government of India in October, 2007 which requires India to amend or replace laws not compliant with the CRPD. The demand for amendments to Mental Health Act, 1987 was strengthened by the fact that the related Act, The Persons with Disabilities (Equal Opportunities, Protection of Rights and Full Participation) Act, 1995 was also in the process of amendment. Therefore it was proposed to repeal the MHA, 1987 and bring in a new legislation. This Bill addresses the issues of mental illness and capacity to make mental health care and treatment decisions; advance directive; nominated representative; rights of persons with mental illness; duties of appropriate government; central and state mental health authorities; mental health establishments; mental health review commission; admission, treatment and discharge. This bill is like a paradigm shift from the existing one. I would like take this opportunity to highlight the important ones using all the alphabets, for easy reading AND RECALL. Now let’s start:

Advance Directive:  Every person, who is not a minor, and have a capacity to make mental health care and treatment decisions, shall have a right to make an advance directive in writing, specifying the way the person wishes to be/not to be cared for and treated for a mental illness. It should be in writing and should be certified and signed by a medical practitioner.

Banned:  ECT without anaesthesia and chaining of patients. There was a huge debate over the blanket ban of unmodified ECT, however the founders and the ministry thought otherwise and claimed that one does not have any excuse to give ECT without anaesthesia as there are around 20 thousand anaesthetists in place of only 4 thousand psychiatrists. Also the unmodified ECT is considered inhuman and barbaric and the international consensus is absolutely against it.

Capacity to make mental care and treatment decisions is one of the founding stones for making advance directives.

Definition: “Mental Health Care includes analysis and diagnosis of a person’s mental condition and treatment, care and rehabilitation for a mental illness or suspected mental illness”. This definition given by UNCRPD, has been accepted. This has been one of the latest changes in this bill. What was most surprising was the fact that there were more discussions on whether there is a need to define it or not , rather than what should be the definition.

Emergency: during the emergency situations the advance directive of the patient can be overlooked for the acute management of the person with mental illness. However the duration of emergency has been limited only to the 1st seventy two hours. Also ECT treatment has been kept out of the treatment options during the emergency. I find this a little strange as ECT is mostly used as an emergency treatment modality in suicides attempts and catatonia etc.

Family: means a group of persons related by blood, adoption or marriage. However a caregiver is a person who resides with a person with mental illness and is responsible for providing care to that person and includes a relative or any other person who performs this function, either free or with remuneration.

Good faith: No suit, prosecution or other legal proceeding shall lie against the appropriate Government or against the Chairperson or President or any other Member of the Central Authority or the State Authority or the Commission or the Board, as the case may be, for anything which is in good faith done or intended to be done in pursuance of this Act or any rule or regulation made there under in the discharge of official duties. Surprisingly psychiatrist’s name does not feature in the list. I hope the omission is not purposeful.

Mental Health Establishment: Even GHPU (General Hospital psychiatric Unit) has been taken under this, and they will also have to follow all the rules and regulations of the proposed bill unlike previously. However the representatives of such units like that in premiere institutes such as  AIIMS and PGI had their reservations .

Insurance: In spite of the obvious unwillingness of the insurance companies and surprisingly also the IRDA, the bill makers and the ministry did not budge from their stand of including mental illnesses in the list for medical insurance. The reasons cited by IRDA are at times funny 1) mental illness are like congenital illness 2) mental illness always require indoor treatment etc. However the standing committee of rajya sabha has been able to shake their misconception.

Lock: A person with mental illness can’t be locked in or in more technical words, Seclusion practiced widely, has lost it legal sanctity. Though in the original draft of the bill, seclusion along with physical restraint both were there, on suggestion from some quarters the parliamentary standing committee deleted the word, seclusion from bill. I have my own personal reservations against it. Seclusion can sometimes work very well for a very disturbing delirious patient also, time out in children is a proven method of treatment for childhood behavioural problems. In case of physical restraint the guardian or the nominated representative has to be informed of every such episode within 24 hours. Also the mental health establishment has to keep a detail written report to be sent to the concerned review board every month.

Least restrictive facility: Every person with mental illness shall: (a) have a right to live in, be part of and not be segregated from society and (b) not continue to remain in a mental health establishment merely because he does not have a family or is not accepted by his family or is homeless or due to absence of community based facilities. The appropriate Government shall, within a reasonable period, provide for or support the establishment of less restrictive community based establishments including halfway homes, group homes and the like for persons who no longer require treatment in more restrictive mental health establishments such as long stay mental hospitals.

Mental Health Review Commission/Board: shall have 6 members, one a judge, another  a representative of the District collector, 2 Mental Health Professional and 2 from either person with mental illness or care givers or organizations working in the field of mental health care. In a very recent development the term 2 mental health professional has been changed to 2 psychiatrist keeping in view the need to have experts in the field of psychiatry, for the better functioning of the board. The board is like a watchdog and also facilitator right from advance directive formation, nominated representative approval, admission discharge, revelation of information regarding person with mental illness and also periodical monitoring and inspections.

Informed Consent: in the treatment plan and during research the informed consent of the person with mental illness and their nominated representative has to be taken.

Question of mental illness in judicial process: Some quarters were of the view that there is need to define ‘unsound mind’ in the act itself, as there IPC s in which unsoundness of mind is used as defense. However the bill, the standing committee as well as the recent meeting with the ministry all concluded that mental illness and unsound mind are not the same and the presence of one can’t be said to lead to the other and vice versa. So unsound mind being a legal term, let the court take their final verdict on it from case to case basis.

State and Central Mental Health Authority: The Bill seeks to create various new bodies and completely overhaul the existing mental healthcare system in the country. The Central Government and the state governments shall, within a period of nine months from the date on which this Act receives the assent of the President, by notification, establish, for the purposes of this Act, an Authority to be known as the Central Mental Health Authority and state mental health authority respectively. Their primary role is to register, regulate, supervise, train and advice all the mental health establishments under the central or in the state.

Supported and Independent Admission: Independent admission is like voluntary admission and supported admission is in the condition where the person himself/herself does not have the capacity to take decision for his mental health care and treatment, upon the application of the nominated representative , in such a situation however the duration is only up to 30 days, however if the treating psychiatrist can keep him for another 60 days then after 90 days, 120 days and 180 days on certification of minimum 2 independent psychiatrist and has to be approved by the mental health review board. A person with independent admission may be converted to supported admission if within 24 hours of the application for discharge from the patient, 2 psychiatrist certify that the person can be a harm to himself or to others or he has not been able to take care of himself, leading further to harm to himself. Again this has to be approved by the Board.

Suicide: this act goes a distance in decriminalizing attempts to suicide and concludes after some minor changes by the standing committee that Notwithstanding anything contained in Section 309 of the Indian Penal Code and the Code of Criminal Procedure, any person who attempts to commit suicide shall be presumed, unless proved otherwise, to have severe stress at the time of attempting suicide and shall no be liable to prosecution and punishment.

WHO & UNCRPD: Both have played covert but significant role in the formulation of this bill. India being signatory to UNCRPD in 2007, certain provisions are in keeping with its guidelines. The inclusion of the word CARE in the act as well as the inclusion of rehabilitation in the mental health care is some of the prime examples.

XVI: there are a total of 16 chapters in this exhaustive bill.

Yoga, Unani, Ayurveda, siddha, homeopathy or naturopathy, registered under the Indian Medicine Central Council Act, 1970 and working in the field of “Manas Rog” and having a post graduate degree in “Manas Rog”, will also be considered as medical practitioner for the purpose of this coming ACT.

Zenith: We hope this upcoming act will ensure the care and treatment of persons with mental illness and take the cause of mental health to the Zenith.